“This is the way Vladimir Putin does things. And he does it both inside of Russia and outside of Russia,” says Steven Hall, former CIA chief of Russia operations, discussing a history of poisonings and assassinations. 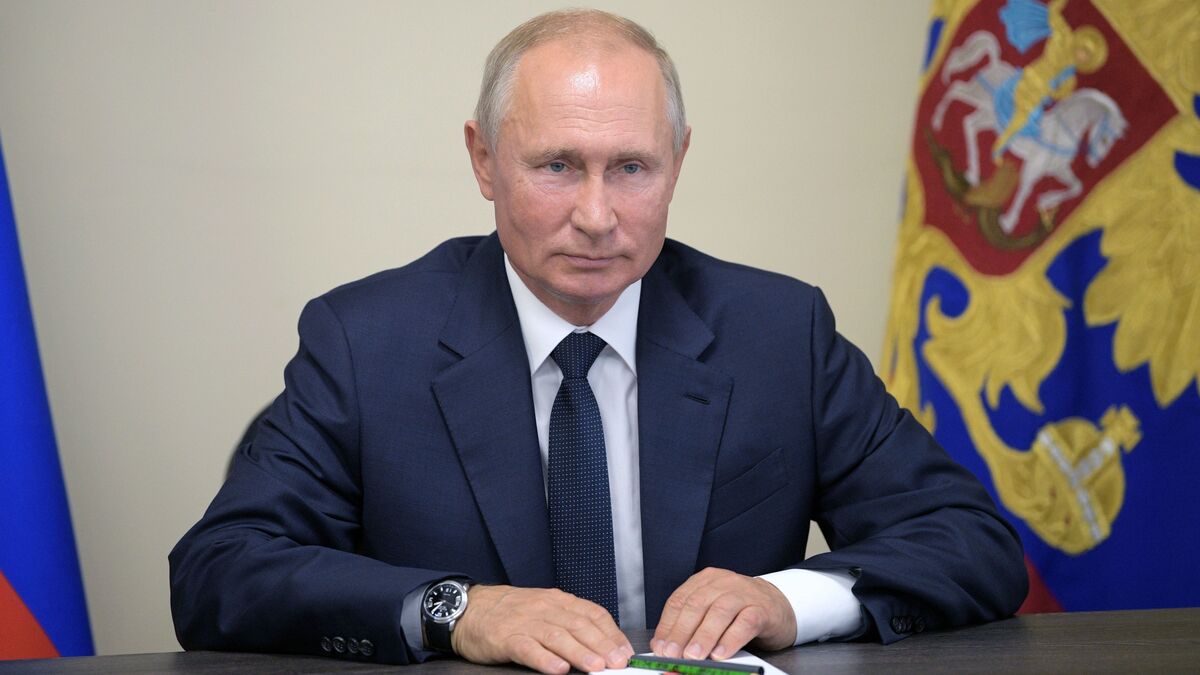 “This is the way Vladimir Putin does things. And he does it both inside of Russia and outside of Russia,” says Steven Hall, former CIA chief of Russia operations, discussing a history of poisonings and assassinations.

“There’s no doubt whatsoever” that an operation to poison Russian opposition leader Alexei Navalny was approved at the highest levels of Russia’s government and intelligence services, according to Steven Hall, the former CIA chief of Russia operations.

“There really is no other way to explain this,” Hall said in an interview with NPR’s Mary Louise Kelly. “And this is something that the Russian intelligence services have been doing literally for decades, if not longer.”

A German military lab identified the poison in Navalny’s system as a variant of Novichok, a Soviet-era nerve agent, Chancellor Angela Merkel announced on Wednesday. She said the outspoken critic of Russian President Vladimir Putin was targeted for murder and was “the victim of a crime that intended to silence him.”

Russia has rejected any blame for the attack on Navalny.

Novichok has been in headlines since 2018, when it was used to poison former KGB spy Sergei Skripal and his daughter, Yulia, in Britain. The U.K. and other Western nations blamed that attack on Russia’s military intelligence service, the GRU. A British police officer was also sickened by Novichok, as were two civilians — one of whom died.

“It is interesting that they’re still using Novichok, but it’s really not surprising at all that we’ve had this assassination attempt on a guy like Navalny,” Hall said.

In the past decade, Navalny has investigated well-placed officials over potential instances of corruption and abuse of office. He has also shown a knack for organizing anti-Putin protests and for building an audience online – a crucial aspect of his work, as he has received scant coverage in state-approved media channels.

“Frankly, I’m just surprised that it’s taken them this long to act against Navalny,” said Hall, who retired from the CIA in 2015 after three decades of running Russian operations.

Other opponents of Putin’s regime have been targeted in assassinations or attempted killings, often using poison. And Hall notes that another Russian opposition leader, Boris Nemtsov, was gunned down on a bridge near the Kremlin five years ago. And last year, Germany accused a Russian operative of carrying out the state-sponsored contract killing of Zelimkhan Khangoshvili, a former Chechen insurgent commander who had sought asylum in Germany.

“There’s a long history of this,” Hall said, adding, “This is the way Vladimir Putin does things. And he does it both inside of Russia and outside of Russia.”

The question CIA officers stationed in Moscow should be trying to answer now, Hall says, is whether Russia might carry out a similar attack inside the United States.

“They’ve already done it in the U.K. They’ve done it in Germany, they’ve done it in some other European locations,” Hall said. “The question is, will that ever come to the United States? And that’s that’s an interesting question that I would be trying to follow very carefully if I were back in my old job.”

Navalny, 44, remains in a medically induced coma at the Charité hospital in Berlin, where his family moved him to receive specialist care. He abruptly fell ill on a commercial flight to Moscow from the Siberian city of Tomsk on Aug. 20, forcing the plane to make an emergency landing. Navalny’s spokesperson, Kira Yarmysh, said she saw him drink one thing: a cup of tea at the airport in Tomsk.

Two days later, the activist and politician was airlifted from Siberia. In a recent update, German doctors said his condition is stable and that his life is not in danger – but they add that it’s too soon to know what long-term effects he might suffer.

When Navalny was being treated in Siberia, doctors claimed there were no traces of poison in his system. They said he was suffering from a blood sugar imbalance.

On Thursday, Peskov reiterated that tests on Navalny before he left Siberia had found no toxic substances. On the same day, Russia’s representative to the Organization for Security and Co-operation in Europe, Ambassador Alexander Lukashevich, apparently aired a conspiracy about Navalny, suggesting Western countries had staged the poisoning. His remarks quickly drew a U.S. response.

“I am frankly stunned by the comments of the representative of the Russian Federation here today,” said the U.S. Ambassador to the OSCE, James S. Gilmore III, “to suggest that somehow some grave conspiracy from Western intelligence agencies may have made Mr. Navalny sick in Omsk. That is a very strange and troubling statement.”

“I’m looking forward — and we’re already beginning to see it — some of the creative work that is being done right now inside the Kremlin to offer other explanations with regard to this,” he said. The Russian protocol for cases like this, Hall added, is to “admit nothing, deny everything, and then make counteraccusations. And the counteraccusations can be pretty spectacular.”

The U.S. is urging Russia to cooperate fully with an international investigation into the poisoning, Gilmore said in his statement to the OSCE. He added, “Those responsible — both those who committed this crime and those who ordered it — must be held accountable.”

The poisoning of Alexei Navalny by a Novichok nerve agent, if verified, would be “reprehensible and wholly contrary to the legal norms,” OPCW Director-General Fernando Arias said on Thursday.

“Under the Chemical Weapons Convention, any poisoning of an individual through the use of a nerve agent is considered a use of chemical weapons,” Arias said. “Such an allegation is a matter of grave concern.”

The OPCW chief said the organization “continues to monitor the situation and stands ready to engage with and to assist any States Parties that may request its assistance.”