The House passed legislation Saturday to provide $25 billion to the Postal Service to help safeguard voting by mail ahead of the November election. 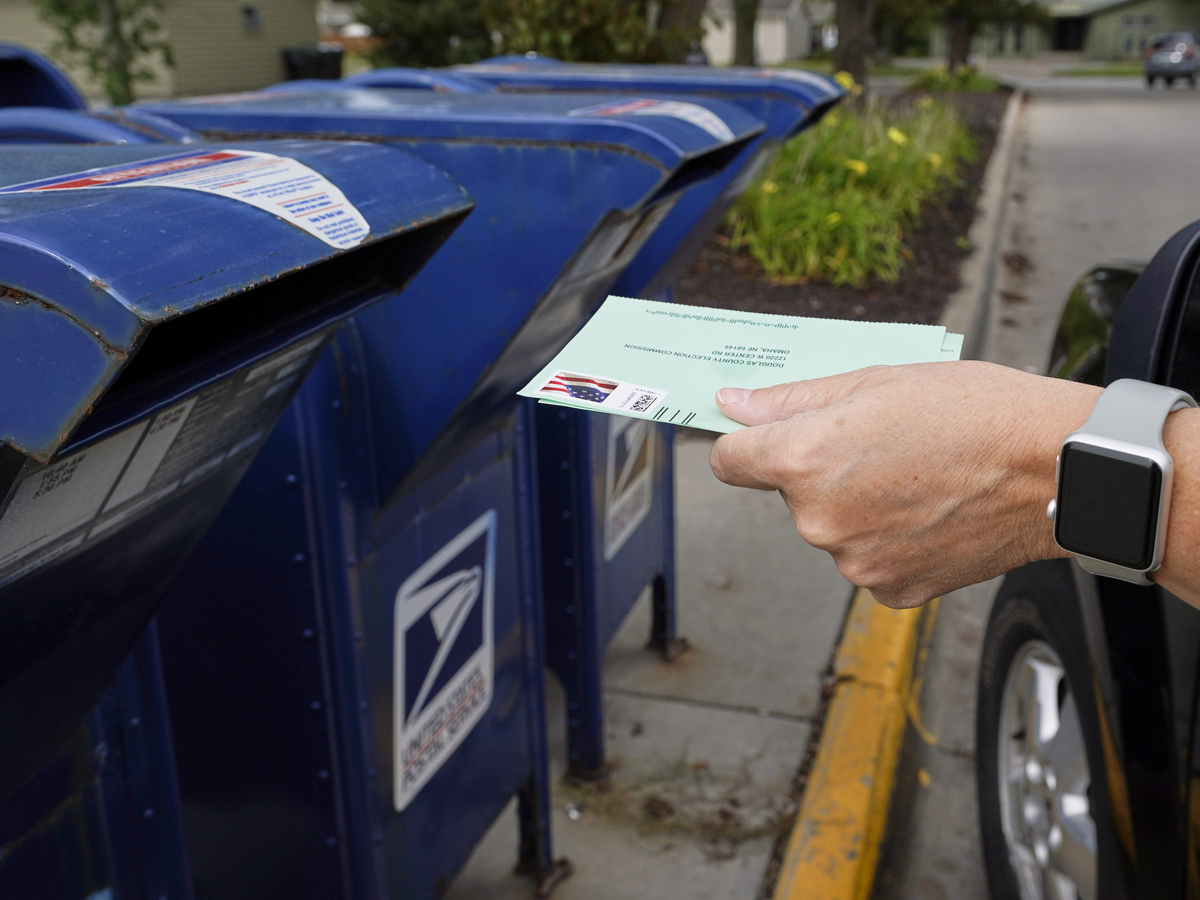 The House passed legislation Saturday to provide $25 billion to the Postal Service to help safeguard voting by mail ahead of the November election.

The House passed legislation on Saturday to infuse $25 billion into the Postal Service and block operational changes that Democrats fear could hobble mail-in voting in this November’s election.

In a rare Saturday session, the House passed the measure by a vote of 257 to 150, with 26 Republicans siding with Democrats to approve the bill.

The bill effectively reverses recent cost-cutting measures introduced by Postmaster General Louis DeJoy that he had called necessary to help shore up the Postal Service’s finances. It blocks the Postal Service from making any service or operations changes through at least January and requires it to prioritize delivery of all election-related mail.

The White House has threatened a veto, and the bill is not expected to advance through the Republican-controlled Senate.

The bill’s passage follows weeks in which the Postal Service has emerged as an unlikely flashpoint in the upcoming election. With the coronavirus pandemic killing roughly 1,000 Americans a day, millions more voters than in a typical year are expected to cast a ballot by mail this November rather than risk voting in person.

At the same time, recent changes at the Postal Service — including the removal of blue drop-off boxes and sorting machines — have raised concerns that the USPS won’t be able to handle the unprecedented influx of mail-in ballots expected in the fall.

Speaking ahead of the vote on Saturday, House Speaker Nancy Pelosi, D-Calif., said the legislation went well beyond the election.

Republicans pushed back on the legislation and its $25 billion price tag, calling recent changes at the Postal Service routine and accusing Democrats of promoting a conspiracy theory that President Trump is seeking to hinder mail delivery to win the election.

“As a majority, Democrats have been more focused on distraction than solutions for the American people,” said House Minority Leader Kevin McCarthy, R-Calif. “From the weakness, most partisan impeachment in American history, to politicizing the pandemic and stopping relief for workers and families and now spreading a debunked conspiracy theory about a Postal Service … Democrats have failed the American public.”

Democrats countered by pointing to recent remarks by President Trump in which he appeared to suggest he opposed funding for the Postal Service because he wanted to make it harder to expand vote by mail. He later walked the statement back.

The House Committee on Oversight and Reform also made public documents on Saturday that Democrats said show a decline in mail service going back to July.

During Senate testimony on Friday, DeJoy acknowledged a “dip” in service but said recent changes — including the removal of roughly 700 mailboxes — would not affect the election.

DeJoy, a Republican fundraiser who was appointed in May, told lawmakers that the president has had no input on any changes he has made and he maintained that the Postal Service will be able to handle mail-in ballots.

“There has been no changes in any policies with regard to the election mail for the 2020 election,” he said.

Earlier this week, DeJoy said he would suspend his controversial changes at the Postal Service until after the election, but in his testimony on Friday, he painted a bleak outlook for the Postal Service’s long-term viability. He said reliable postal service to the public is at “fundamental risk” because of the service’s financial losses, which could swell to $11 billion this year, according to DeJoy.

“Changes must be made to ensure our sustainability for the years and decades ahead,” he said.