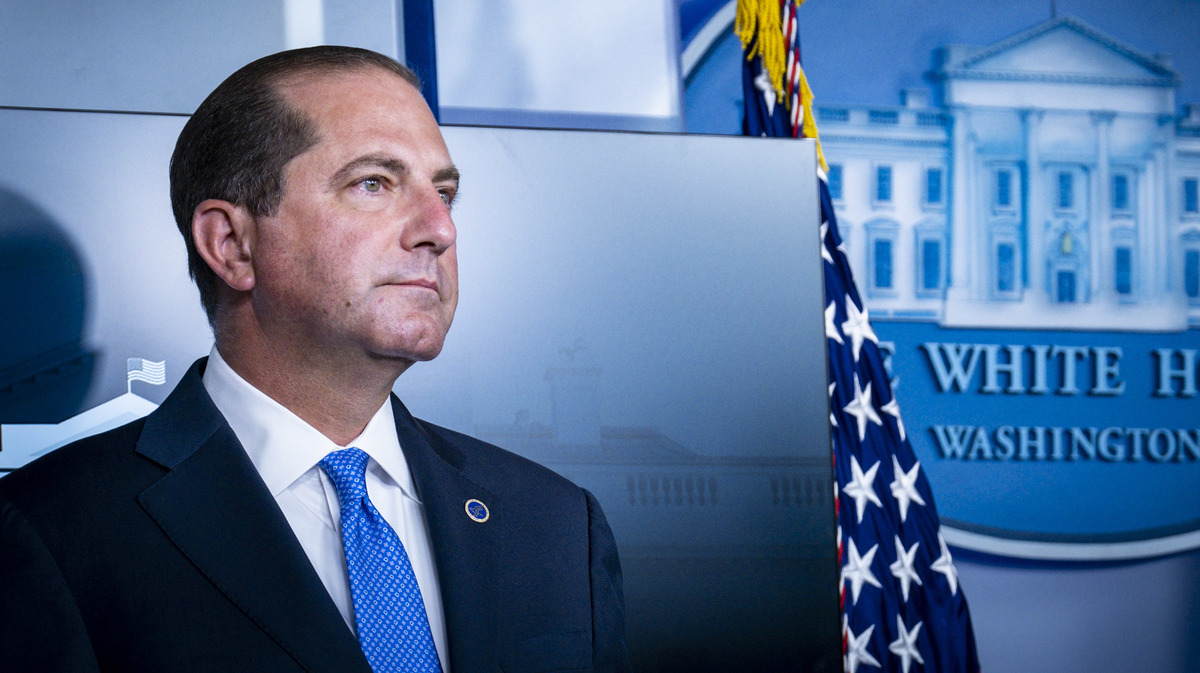 The Food and Drug Administration has given the green light to expand the use of blood plasma in treating hospitalized COVID-19 patients.

The emergency use authorization announced Sunday involves convalescent plasma — taking antibodies from the blood of people who have recovered from COVID-19. That plasma is then given to patients currently sick in hopes that the antibodies will help fight off the disease.

It’s unclear how effective the treatment is (more background on that here).

The announcement Sunday came after President Trump accused the FDA and “deep state” of stalling the authorization to hurt his reelection chances. The FDA says its decisions are based on science, not politics.

Health and Human Services Secretary Alex Azar talked with NPR’s Ari Shapiro on All Things Considered about the authorization. The FDA is an agency within HHS. Here are excerpts:

Let me ask whether you believe, as the president asserts, that the “deep state, or whoever, over at the FDA” is intentionally delaying access to vaccines and therapeutics until after the election.

Well, what the president is getting at is his demand that we get rid of any unnecessary bureaucratic red tape, that we recognize that this is an unprecedented pandemic, that people are suffering, that lives are at risk and is insisting that we move as quickly as possible. But at the same time, we also are ensuring that the FDA will hold therapeutics and vaccines to the data, evidence, scientific and regulatory standards that they have to ensure that products are meeting the safety and efficacy standards that are set.

Accusing the FDA of intentionally delaying this because of political motivations until after the election is a little bit different. And I just want to know if you support that assertion.

I’m not going to get into that. What we have is really a historic achievement here, a historic milestone, which is authorizing convalescent plasma for emergency use. Plasma has been around for 118 years and its use: It was used in the 1918 flu it’s used for SARS, for MERS.

But thanks to President Trump’s leadership, we actually have generated data and evidence here to support authorizing it for emergency use. And what the data showed was that in individuals under the age of 80 who were not on mechanical respiration and who were administered higher-titer doses within the first three days of hospitalization, a statistically significant impact. Now we’re going to keep studying plasma in randomized controlled clinical trials against placebo as we keep generating data.

But 70,000 individuals were administered convalescent plasma, some of whom had no antibodies in the titer or low titers of antibodies, some who had high. And the they saw through the analysis a clear dose response that supports the emergency use authorization here.

I do want to ask you, though, about the timeline, because it’s striking that the National Institutes of Health last week expressed concern about the limited evidence of the effectiveness and asked the FDA to delay the approval. Then the day after the tweet from the president, the FDA issued this emergency use authorization. Does the president risk undercutting public trust in treatments and vaccines when he makes these accusations of politicization and then the FDA immediately changes course?

First, the factual premises there are not accurate. The NIH would, of course, like to see randomized controlled clinical trials against placebo. And those are ongoing. But working together, we analyzed a significant data set coming out of the 70,000 patients who’ve had the convalescent plasma. The authorization coming from that analysis was already on track as of the end of the week. The rollout materials were being prepared and the authorization was coming out on Sunday already.

Listen to the full interview at the audio link above.