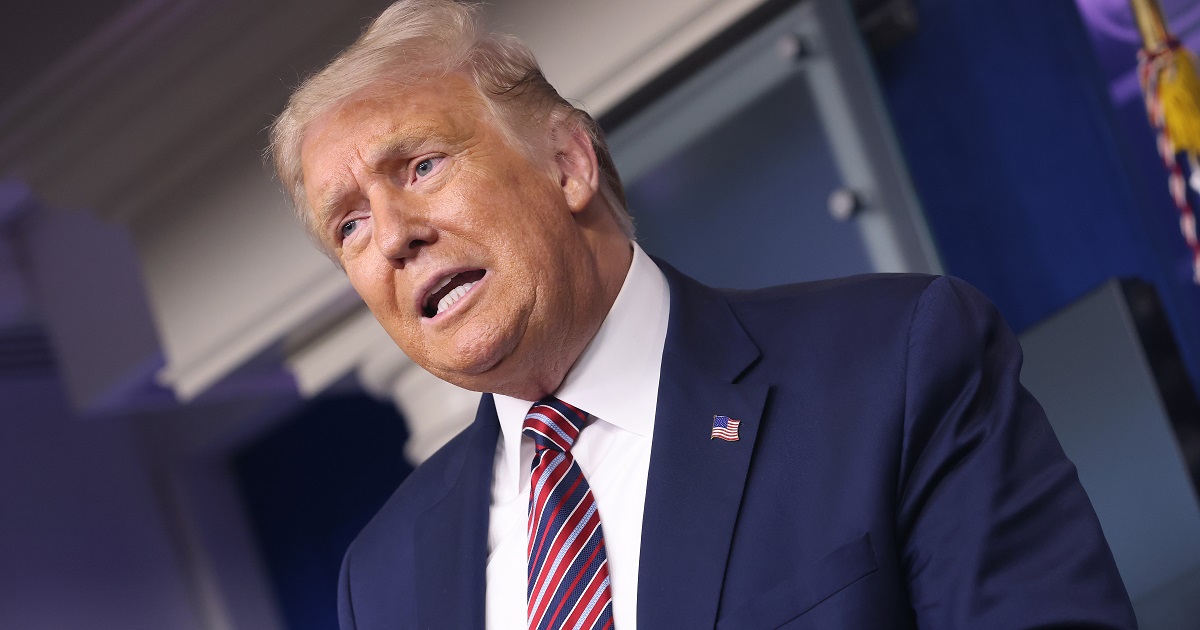 President Donald Trump accused members of his own Food and Drug Administration of deliberately hampering coronavirus vaccine and drug trials in order to prevent their develop0ment until after the election.

On Saturday morning, Trump took time out from flogging his “Suburban Women” pitch to casually accuse an agency of his own government of conspiring to allow more Americans to die in order to prevent his reelection.

Tagging FDA Commissioner Dr. Stephen Hahn, Trump wrote “The deep state, or whoever, over at the FDA is making it very difficult for drug companies to get people in order to test the vaccines and therapeutics. Obviously, they are hoping to delay the answer until after November 3rd. Must focus on speed, and saving lives!”

The deep state, or whoever, over at the FDA is making it very difficult for drug companies to get people in order to test the vaccines and therapeutics. Obviously, they are hoping to delay the answer until after November 3rd. Must focus on speed, and saving lives! @SteveFDA

As is frequently the case, it’s tough to say what, exactly, Trump is talking about, but the tweet comes amid widespread public concern over the safety of a vaccine that’s rushed through trials, potentially under political pressure.

This week, Reuter reported that top FDA research chief Peter Marks responded to concerns about political pressure by saying he would resign if an unsafe vaccine was rushed out:

A top U.S. health regulator who will help decide the fate of a coronavirus vaccine has vowed to resign if the Trump administration approves a vaccine before it is shown to be safe and effective, Reuters has learned.

Peter Marks, director of the Food and Drug Administration’s Center for Biologics Evaluation and Research, made the statement in response to concerns raised on a conference call late last week of government officials, pharmaceutical executives and academics who serve on a vaccine working group organized by the National Institutes of Health, according to three sources familiar with the matter.

Scientists, public health officials and lawmakers are worried that the Trump administration will pressure the FDA to authorize a Covid-19 vaccine in advance of the November presidential election, even if data from clinical trials do not support its widespread use.

Marks told Reuters he has not faced any political pressure and that the FDA would be guided by science alone. Should that change, “I could not stand by and see something that was unsafe or ineffective that was being put through,” Marks said.

Recent polling shows significant numbers of Americans are wary about taking a coronavirus vaccine if and when one becomes available.