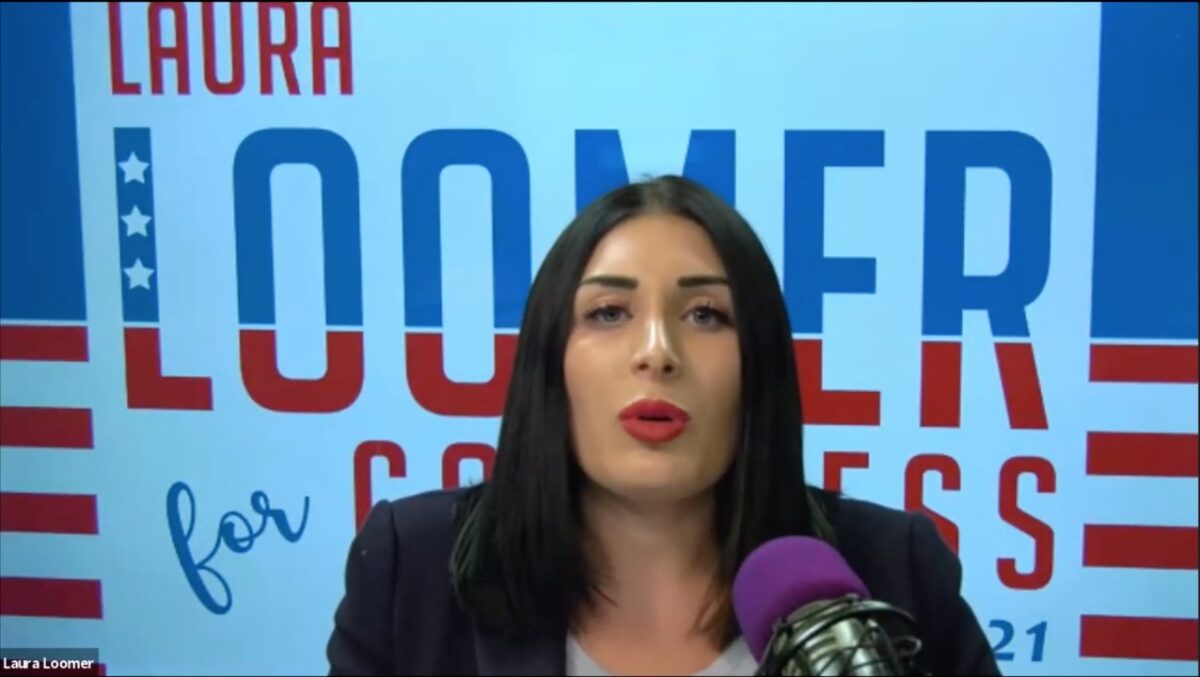 In the crowded Republican primary field of Florida’s 21st Congressional district, Loomer won the party’s nomination with nearly 42% of the vote on Tuesday. However, she stands little chance of wining in November in a district that Hillary Clinton won by 20 points over Trump in 2016. Nevertheless, Trump tweeted out his support for Loomer and claimed she had a “great chance” against Democratic incumbent Rep. Lois Frankel.

But Trump’s public show of support for a bigoted conspiracy theorist — as well as his nod to her only Congressional endorser, Rep. Matt Gaetz — was roundly condemned on Twitter.

Great going Laura. You have a great chance against a Pelosi puppet! https://t.co/pKZp35dUYr

Three hours ago, the White House declined to comment when asked about Loomer. Now Trump offers his congratulations on Twitter. https://t.co/vZrUJnLsZu

Congrats, Republicans. This is what you’ve become. Enjoy the tax cuts. Hope it was all worth it. https://t.co/Qt5JRMkTGs

Loomer is a lunatic and everyone should repudiate her. Too bad the President of the United States doesn’t understand that simple point. https://t.co/tBc7UPFQq2

Crazy. Just crazy. People like Loomer – who spread conspiracies about the anti-Dem pipe bombs & calls herself a ‘proud Islamophobe’ – make Trump look sane and restrained. This is the perma-direction of the GOP, it seems, whether she wins today or not. God help us if she wins. https://t.co/SgCL8mVzBd

Laura Loomer is banned from both Uber and Lift for being prejudiced against Muslim drivers. https://t.co/LKcgJt4WLu

Loomer was banned by Uber and Lyft after tweeting stuff such as, “Someone needs to create a non Islamic form of Uber or Lyft because I never want to support another Islamic immigrant driver.”

That’s who the President of the United States is openly supporting. https://t.co/PBNOHFq1V3

The fact that the GOP was willing and able to get Laura Loomer elected to Congress despite being a far right hate speech spreading conspiracy theorist kook and a “reporter” for Infowars shows, once again, how far off the rails the GOP has gone. Loomer 2024 will be inevitable.

It’s very fitting though. Loomer — a crazy racist Islamophobe — will be the GOP nominee in the House district Trump votes in. Loomer is so awful she’s been banned from Twitter and Uber. She even got shouted down by a GOP lawmaker in a hearing https://t.co/ktPUvNL1yO

Laura Loomer once chained herself to Twitter’s front door and demanded to be unbanned. Two years later, she’s a Republican congressional nominee. https://t.co/f3xDKegZIE

Reality check: Laura Loomer has zero chance in #FL21 in the fall. https://t.co/xonf9N0gbB